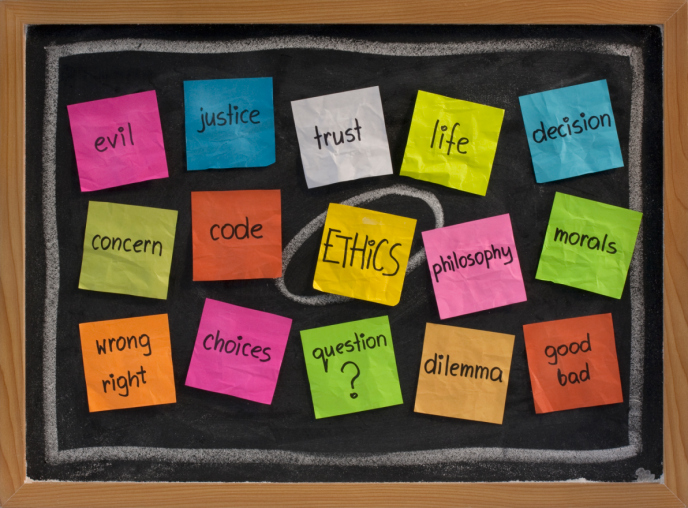 What Skills Does an Ethics and Compliance Practitioner Need?

From Fiona Coffey of the Ethical Corporation Blog:

Repeated corporate scandals in recent years have raised questions as to the ability of businesses to improve ethical behaviour from the inside. But relatively little is understood about the way specialist practitioners inside organisations approach this task. The Ethics and Compliance function is still relatively new, and there remains some ambiguity and confusion surrounding its purpose.

At first glance it may seem that E&C functions operate in similar ways – they implement relatively standardised E&C programmes consisting of Codes of Ethics, policies, education and training programmes employee hotlines and investigations. But research suggests that Ethics and Compliance practitioners approach the role differently. They enjoy different relationships with executives inside their organisation, and have different ways of adding value.

This research into the Role and Effectiveness of Ethics and Compliance Practitioners, published by the Institute of Business Ethics is based on interviews with eighteen senior E&C practitioners in a range of industries working in global organisations. These practitioners spoke in depth about how they approached their role. Their accounts pointed towards three principal ‘domains of activity’ associated with the E&C role – custodianship, advocacy and innovation. Read more

Other Featured Picks of the Week

Exploring the Role of Virtue in Determining Organizational Culture

The Institute for Global Ethics, known worldwide for its groundbreaking work in the area of ethical decision-making, has recently completed a planning project—funded by the John Templeton Foundation—on the role of ethical values in building cultures of integrity. The project is expected to be the forerunner of a much larger project aimed at testing and refining a hypothetical culture of integrity model.

Working with best-practice organizations in the nonprofit, for profit, and education sectors, IGE asked employees (and students) what they thought made their organization a great place to work (or learn). Read more

Enron’s heyday has long ended. But its lessons will long endure. The global business community is now watching a painful new chapter is this saga — one where its former high-riding chief executive officer, Jeff Skilling, is getting a decade shaved off of his prison term that should now end in 2017.

The company’s failure in 2001 represents the biggest business bankruptcy ever while also spotlighting corporate America’s moral failings. It’s a stark reminder of the implications of being seduced by charismatic leaders, or more specifically, those who sought excess at the expense of their communities and their employees. In the end, those misplaced morals killed the company while it injured all of those who had gone along for the ride. Read more

How Your Boss’s Ethics Can Hurt Your Career

Professionals may believe they can maintain an ethical reputation by merely refraining from morally questionable practices: Don’t steal, cheat, or bully others. But this alone is not enough. If a higher-up in your organization is found guilty of unethical behavior, your reputation can become tainted merely because you work at the same place.

Take Enron. The fraudulent business dealings of top executives led to one of the biggest scandals of the decade. Rank-and-file employees lost their jobs, health care and life savings. But on top of all that, many were confronted with another consequence of the scandal: The public perception that any person involved with Enron was corrupt and dishonest, hurting their prospects at future employment. Despite the fact that it was a handful of top executives who were responsible for the corruption, everyone employed at Enron suffered reputation damage as a result — even employees who played no part in the fraudulent behavior that brought the company crashing into bankruptcy. Read more

Is Your Company Ready for Higher Standards of Behavior?

If there is one thing that we know from studying history, it is that the more transparency is achieved, the more is expected of people’s–and companies’–behavior. I’m not a very political person, so I won’t argue about whether we are more or less moral as a people than we were 50 years ago. But I think it is hard to argue that businesses aren’t more ethical.

Some will scream at this notion and say that businessmen are evil. Some are. Undoubtedly there are many conscience-free business people walking around. But 50 years ago, there was no belief that business should play fair. The typical attitude when a salesperson fooled a consumer was caveat emptor–let the buyer beware. Consumer protection laws were in their infancy, because there was no consensus that consumers ought to be protected.

If you are not yet a subscriber to the weekly business ethics email, click here to sign up for the free news and information delivered to you weekly.