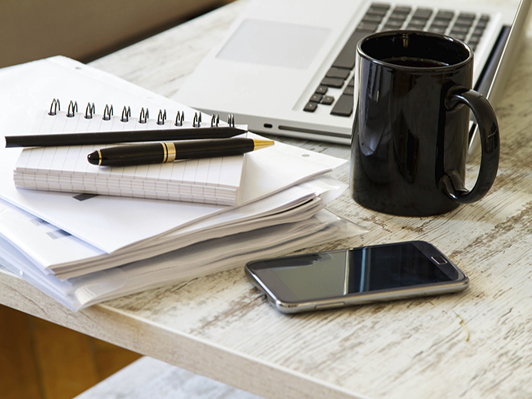 Adapted from “The 3 Power Values”

The majority of managers and employees are good people who believe they are balancing their values — such as honesty and responsibility — with what’s needed to get the job done. But this belief is often far from the truth.

While we would like to think that we control our decisions and actions, social norms and expectations significantly influence our behavior. Research shows that a person’s behavior isn’t a result of personality and character alone — our environment plays a big role, and this includes the workplace.

At work, we shape our reality to feel good about ourselves, even if our actions are less than honest. Most people engage in small dishonesty up to the point when they can no longer delude themselves. For example, we might not steal from the petty cash drawer, but we take some pens home. Managers may claim that a tough (and questionable) action was simply a “business” decision, not an “ethical” one. Or, to reach insurmountable sales goals, managers and employees may come up with the “perfect” solution: raising prices instead of production.

In a risky corporate environment, your values can be hijacked one of five ways:

1. Self-deception: “I think it’s okay to do this.” Sometimes, we look at the world through rose-colored glasses: we see things as more positive or less risky than they actually are. When this rosy view helps us to avoid a sure loss, it can seem like a win‐win for everyone. In this context, actions and behavior that are less than savory seem okay, even when they truly are not.

2. Rationalization: “I know it’s wrong, but I have a good reason for doing it.” Under the pressure to meet short-term goals, bad decisions may look like great decisions — especially when people feel they don’t have a choice. For example, many people say “family” is their number-one value, and they will do whatever it takes to keep their families financially secure. If this means performing an unethical act, so be it.

3. Disengagement: “I know there’s something wrong here, but it’s not my problem.” Disengaged employees can “fly under the radar” for a long time if they’re not involved in outright misconduct or overtly destructive behavior. Instead of taking ownership of problems and situations, they are leaving critical issues unresolved because they no longer care. As one manager once said: “Success and failure feel the same here. Why should I care?”

4. Fear of Not Being Liked: “I feel uncomfortable standing out.” Most people do not like to stand out from the crowd, especially at work. It’s too risky. Consistent with classic social psychology experiments, employees will go along with something they know is wrong in order to not risk being singled out as the outlier.

5. Loss of Control: “I’m not going to delegate this responsibility because they are going to screw it up.” One of the more common and quiet ways in which cultures become dysfunctional is when managers and leaders do not delegate responsibilities to employees who are not only qualified to undertake the task, they are likely to be frustrated by being denied the opportunity to work more autonomously and sense they are being micromanaged. Disengaged employees are often a critical early warning sign of a culture where people start to not care. And when people stop caring, they are far less likely to report misconduct and to take steps to prevent trouble from occurring.

Do you see such signs of a toxic corporate culture at your company? If so, don’t dismiss them as normal employee behavior. When employee values erode, the results can be catastrophic for your business, ranging from lower productivity and profits, to ethical violations and workplace accidents.

David Gebler is founder and president of the Skout Group in Sharon, MA. You can contact David Gebler at: dgebler@skoutgroup.com.