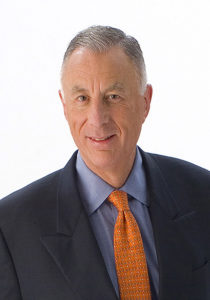 University of Cincinnati head basketball coach, John Brennen, was fired on April 9 due to “compliance” failures alleged by athletic director, John Cunningham. In his termination letter to coach Brennen, Cunningham wrote, “you have failed to promote an atmosphere of compliance within the Men’s Basketball Program with respect to rules, regulations and policies and have further jeopardized and/or disregarded the well-being, health and safety of student-athletes, despite written reprimand.” In his letter Cunningham further wrote “you have…intimidated and/or attempted to intimidate students from raising proper compliance concerns…”

While virtually all major colleges and universities have broad compliance programs generally covering the entire college or university community –  faculty, staff, students, board members, and others – oftentimes it appears that the athletic departments focus more on compliance with NCAA rules and regulations than upon the institution’s campus-wide compliance program. In a blog I wrote a few years ago for The Compliance and Ethics Blog I raised that question – “Do College Compliance Programs Stop at Door of the Athletic Department?” An example cited was the University of Louisville’s self-imposed ban on its basketball team’s participation in the 2016 ACC and NCAA Tournaments due to the school’s and the NCAA’s ongoing investigations of serious alleged wrongdoing within the basketball program. Head coach, Rick Pitino, was subsequently terminated in connection with the investigations. This case and so many others raise the basic question about the role of university compliance officers when athletics department personnel are accused of wrongdoing. Do campus-wide compliance programs really penetrate the walls of athletics departments or do they often stop at the door?

In fact, at the University of Cincinnati, it appears that the primary focus of its athletics compliance office is on NCAA and conference rules and regulations.  From its athletics compliance website – “The role of the Compliance office is to avoid violations of NCAA and American Athletic Conference (AAC) rules and regulations through the administration of a comprehensive compliance program.  At the cornerstone of the Compliance Office’s efforts is a strong commitment to proactive rules education that targets every individual involved in our athletics programs.” The compliance site further clarifies the intent of the program – “The end result of the Bearcats compliance program is the avoidance of rules violations…”

University boards and administrators eager to prevent some of the scandals and wrongdoing that have plagued their athletic programs should work to assure that their campus-wide compliance programs effectively penetrate the walls of their athletic departments. Doing what’s right within the athletic department and not just policing to stay clear of the NCAA should be the goal. It is not sufficient for athletics compliance to focus soles on NCAA rules and regulations.