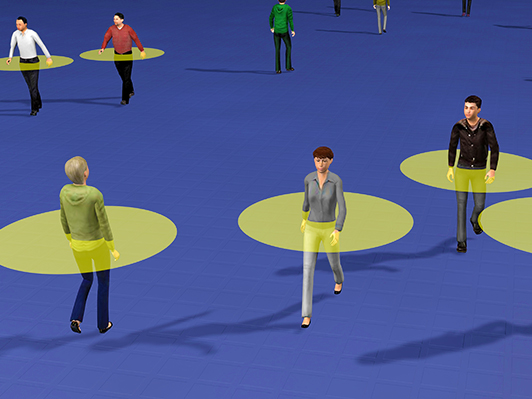 Last week was St. Patrick’s Day, March 17th, 2020. No, I am not Irish and have never enjoyed any type of Stout beer like Guinness. But, I usually try to wear green and have enjoyed trying to pinch my friends over the years if they weren’t donning the required color of the day. In this unprecedented time, yesterday I limited my pinching to my children. But, here’s the thing…even after a County-wide ban here in Miami to close all bars and nightclubs, many pubs and restaurants were still open and decided to defy the order and still have their annual St. Patrick’s Day parties! The images of hoards of people partying and gathering was more than just disturbing, it was maddening. I was enraged. How can owners and leaders of business establishments find the audacity to be so irresponsible and endanger thousands of people?

Being a leader requires conviction. It requires difficult decisions and standing firm to your values and principles. An ethical leader is bold and has actionable values. With the COVID-19 pandemic affecting our global economy, now is the time for leaders to commit to setting the tone and standing by their core values. The temptation to beat the economic downturn or give in to a bias that underpins our actions will be great. Every one of us is susceptible to bias and trying to rationalize our actions or even be willfully blind. But, being morally aware is a high bar that a strong ethical leader can commit to by constantly reflecting and reaffirming her values. In this volatile time, leaders need to lead by example. Be role models and make those difficult decisions, even if that means upsetting your “customers” or “clients” or “audiences.” I understand the economic ramifications will be felt for a long time, but recognizing reputational risk and preserving a leader’s commitment to values has to prevail if we are going to have long term sustainable growth as a community.

The recent cancellation of sporting events was a grueling decision for all involved. I am a proud UNC Chapel Hill graduate and Tarheel. I have basically NEVER had anything positive to say about Duke where sports are concerned – lets just say that the rivalry is in my blood! But, last week, I had a decisively different reaction to a Duke action. Duke University President Vincent Price announced, just hours before the ACC tournament was to tip-off, that Duke would suspend all athletic competition effective immediately. Duke’s decision, which was later supported by Coach K, pushed the ACC to eventually cancel its tournament joining the other major conferences who had already made the same hard decision. Was money lost? Yes. Were lots of people upset? Yes. Are many of the athletes incensed and frustrated? Yes. Was it the right thing to do? Yes.

In tentative times and moments of complete chaos, it is a leader’s role to step onto the court and make that really painful, likely costly, decision and hold herself accountable for supporting the community as a whole. The most difficult decision in my life I had to make was in August 2014 when I took accountability for having failed to be an ethical leader. I owned up to the fact that I didn’t want to lose my client that would have meant loss of financial stability and made bad decisions that were fueled by rationalization and bias, among other things. I hope I have grown through this life changing experience and my reflection can help others.

These are uncertain times leading many to feel anxiety and loss of control – which can inevitably lead to bad decisions. Psychologically, experts advise that we can try to meditate to calm our stress and emotions. When I was in the midst of my case investigation and felt completely out of control, one of my best friends reminded me of a simple phrase. It is one that her mom has always said to us since I first met her at the ripe age of 13 during our ups and downs as teenagers and adults. “This Too Shall Pass.” Though its hard to recognize when we are going through the unexpected moments, lets remind ourselves that “This Too Shall Pass” and, as leaders, lets commit to standing up and being a role model and making the right decision to stay home and socially distance from others, cancel events, live in the moment with our families and make the best of these times.

About the Author:  Rashmi Airan grew up in Miami, is a first generation American, recovering lawyer and investment banker, community advocate, and convicted felon. She is a single mother to two children, ages 14 and 15. Rashmi is a speaker and consultant sharing her story and lessons with corporations and universities. Her TEDx talk can be viewed at https://youtu.be/LAbBRzTueaA. Her blog can be found at www.rashmiairan.com. She has been published in The Washington Post here https://www.washingtonpost.com/lifestyle/2020/02/20/i-was-wealthy-suburban-woman-then-i-went-federal-prison-bank-fraud/