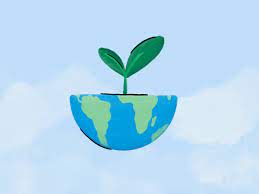 The U.S. Securities and Exchange Commission will accept public comments through May 20, 2022, on its notice of proposed rulemaking which, if it becomes a part of the Code of Federal Regulations, “would require registrants to provide certain climate-related information in their registration statements and annual reports,” according to the notice published April 11.

Specifically, according to the notice, registrants would be required to provide “information about [their] climate-related risks that are reasonably likely to have a material impact on its business, results of operations, or financial condition,” such as “a registrant’s greenhouse gas emissions, which have become a commonly used metric to assess a registrant’s exposure to such risks.”

The proposed rule passed the four-member commission March 21 by a 3-1 vote, with Commissioner Hester M. Peirce the dissenter.

“I am pleased to support today’s proposal because, if adopted, it would provide investors with consistent, comparable, and decision-useful information for making their investment decisions, and it would provide consistent and clear reporting obligations for issuers,” SEC Chairman Gary Gensler said in a March 21 statement that announced the forthcoming rulemaking. “Our core bargain from the 1930s is that investors get to decide which risks to take, as long as public companies provide full and fair disclosure and are truthful in those disclosures.”

The regulated community may have expected the proposed rule since Oct. 15, 2021, when the administration of President Joseph R. Biden Jr. and Vice President Kamala D. Harris “released a comprehensive, government-wide strategy to measure, disclose, manage and mitigate the systemic risks climate change poses to American families, businesses, and the economy…”

The administration further announced in its October statement that the SEC staff “is developing recommendations to the Commission for a mandatory disclosure rule for public issuers that is intended to bring greater clarity to investors about the material risks and opportunities that climate change poses to their investments.”

Registrants will raise any number of issues in their public comments. Commissioner Peirce, in her own statement opposing the proposed rule, raised the universal compliance question: How much will compliance cost? Indeed, Peirce points out what she believes are salient missing links in the proposal, among them a “reasonable estimate of costs to companies.” Peirce also asserts that the commission lacks the “authority to propose this rule” and that existing regulations already require “disclosure of the material effects that compliance with environmental regulations may have on capital expenditures…”

The disclosure regimen proposed in the Federal Register is “modeled in part” on the recommendations of the Task Force on Climate-Related Financial Disclosures, according to the notice of proposed rulemaking, in which the SEC also states that “we believe that proposing rules based on the TCFD framework may facilitate achieving this balance between eliciting better disclosure and limiting compliance costs.”

The rule is not in effect yet, of course; nevertheless, there are public corporations—as justifiably cost-conscious as they may be—already aboard with the TCFD. IBM is not the only example. In its Environmental, Social, and Governance Report for 2021, released April 12, IBM stated that the corporation was “inspired” by the TCFD. The report reads, in part, “IBM does not expect climate change or compliance with environmental laws and regulations focused on climate change to have a disproportionate effect on the company or its financial position, results of operations, and competitive position. Conversely, we believe that there is opportunity to use IBM’s AI, hybrid cloud, and other technologies to assist clients with managing their climate-related risks…”

Federal Register :: The Enhancement and Standardization of Climate-Related Disclosures for Investors

SEC.gov | We are Not the Securities and Environment Commission – At Least Not Yet

IBM’s news release on its report

Stephen Thomas has public policy experience in state government and regulatory compliance experience in the private sector. He has a Master of Jurisprudence degree from St. Mary’s University School of Law in Compliance, Business Law, and Risk.