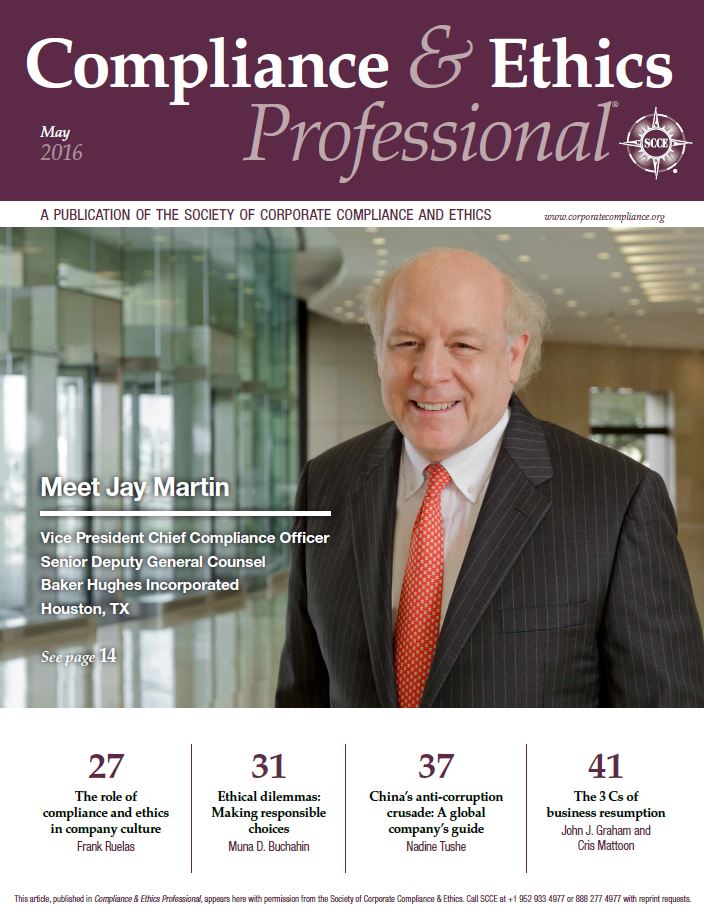 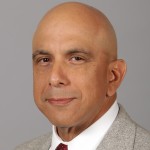 By Frank Ruelas
From Compliance & Ethics Professional, a publication for SCCE members

important that a compliance professional understand some of the root causes of these philosophical differences, so as to be in a better position to address or help manage them when they occur.

In contrast is the commonly held thought that ethics relates to the value system that exists within an organization. This value system can be seen as consisting of two subsets. One subset is what many organizations within the same and different industries tend to adopt and promote to their employees and customers. These values often take the form of social responsibility as it relates to how the organization works to be a responsible corporate citizen in the community in which it operates, or how the organization works to protect the environment above and beyond what it must do to meet regulatory requirements.

Therefore we can understand how compliance professionals from two organizations within the same industry may have so much in common on one hand, such as when dealing with the compliance aspects of their respective CEPs, and at the same time are operating in such diverse environments with respect to the ethical aspects of their CEPs.

Stability and consistency
The rules and regulations that apply and impact the compliance aspects of a CEP provide an inherent element of stability to the organization. The laws that provide the basis for the underlying requirements for what an organization must do to operate legally within its industry are often well codified and easily accessible. In addition, because these are based on laws, a compliance professional can monitor legislative activity to identify if new laws are being considered or if changes to current laws are proposed. Just as finalized laws are relatively easy to find, many law-making bodies provide public notices on their activities, which can serve as early signals of potential, impending changes.

So, although the rules and regulations, which provide the basis for the compliance aspects of a CEP, may be “black and white” in terms of how they are available or may be made known to everyone, how they are applied may easily introduce shades of gray.

Value systems are also impacted by the challenge of trying to define or decide what is “right” or what is “wrong” with respect to the values that the organization wishes to reinforce.[5] For the most part, the compliance program will feed into the ethics portion of the CEP in helping to define what is right and wrong by attempting to align decisions with meeting the requirements of rules and regulations. However, values by their nature are derived by subjective processes and conditions such as those that are the result of an organization’s culture. This is further complicated by what contributes to the formation of a company’s culture, which would include its standing within the industry, the effectiveness of its leadership team, and market conditions or competitive pressures that impact business decision making.[6]

Managing philosophical differences
It is not uncommon for compliance professionals to encounter a situation where individuals take differing positions on a common issue, despite the fact that they are all operating within the framework of a common or the same CEP. This is primarily attributed to whether these individuals adopt either a compliance focus or an ethics focus in their decision making. What makes these situations so challenging is that those involved often have very strong feelings on why their actions are “right.” The compliance group may take the position that their position is in alignment with rules and regulations, while the ethics-focused group may dismiss what is required by the law and supplant it by what is recognized as consistent with the organization’s culture and value system, which therefore make their decision “right.”

Therefore, the ability of a compliance professional to relate to, understand, and recognize why employees operating under the same CEP may have such differing positions is a key skill to have and develop. By being able to detect and manage the philosophical differences of employees, a compliance professional can help reconcile their differences by showing how the CEP is effectively supported by those who genuinely feel they are applying it in good faith.

Unification through diversification
When trying to reconcile differences of opinion between employees operating under the same CEP, it is critical to remember that employees are often very committed to the ideology that is driving their perspective on what the organization’s CEP means to them.

To try to convince an individual that their interpretation of the CEP needs to be adjusted to bring it into alignment with that of a coworker is often a losing proposition. It may also result in frustration and even animosity between the parties. Additionally, it may cause people to doubt the validity of the CEP and its effectiveness as a framework in providing guidance to those that are to support it. Another outcome could be that people perceive the compliance professional as having a bias or prejudice between compliance and ethics, which may not exist.[7] Therefore, steps should be taken to legitimately explain and exhibit to people how differences of opinion on the application of a CEP are not only expected, but are a normal occurrence that is welcomed. It allows for meaningful discussion on what the CEP means to those within the organization, while also acknowledging that compliance and ethics, though closely related, may provoke sharp differences of opinion.

Rather than trying to change the positions of individuals who may have differing opinions on issues or questions related to the organization’s CEP, a more effective approach is to show how these differing positions may represent a bona fide attempt to support the CEP. In this manner, people of differing opinions are not viewed as right and others as wrong. In fact, this approach may show how each position, though different from one another, may either be right or wrong. As a result, people have the opportunity to develop a clearer understanding of their interpretation and support of the CEP, without the distraction of also having to prove to those with differing views as to who is right or wrong.