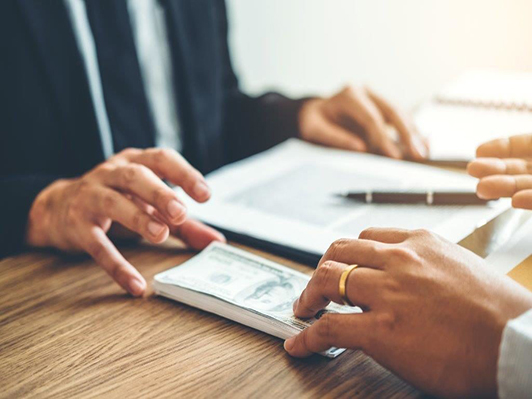 Traditionally, entering into agreements to recover embezzled funds and repair the damage caused to public administration has long been viewed with suspicion in Brazil. Enforcement authorities usually sought to fight corruption with a more coercive approach. More recently, however, a shift towards a ‘culture of negotiation’ has taken place, partly due to its benefits for speeding up asset recovery – as opposed to the long march of drawn-out lawsuits – culminating in the creation of civil non-prosecution agreements (ANPCs).

ANPCs were formally introduced in Brazil via Law No. 13,964/2019 (the ‘Anticrime Law’), which amended Article 17 of Law No. 8,429/1992 (the ‘Administrative Improbity Law’) to provide for the execution of agreements in administrative improbity cases. An ANPC is a type of conduct adjustment agreement that sees private parties agree to the sanctions set forth in the agreement, reimburse any damages to the public treasury and refrain from similar misconduct in the future. In return, the public administration refrains from filing a lawsuit and seeking additional sanctions.

The main benefits of signing an ANPC include:

The ANPC results from the influence of an emerging international consensus in cases concerning corruption and fraud.  It also stems from a rising trend in Brazil to hold individuals and corporations accountable by entering into agreements as a substitute for civil and administrative proceedings, in line with Brazil’s signing of the United Nations’ Palermo (2004), Merida (2006) and OECD (2000) Conventions.

In Brazil, the Administrative Improbity Law formerly prohibited agreements involving acts of administrative impropriety. Aiming to change this, in 2015, Provisional Measure (MP) No. 703/2015 was enacted. It also sought to make the legal system more coherent, as Law No. 12,843/2013 (the ‘Anti-Corruption Law’) had already provided for leniency agreements. However, as it was not converted into law within the constitutionally defined deadline, MP No. 703/2015 eventually became ineffective. This was a considerable setback – it caused legal uncertainty to such an extent that public entities could bring lawsuits against private parties even after they had entered into an agreement with the Public Prosecutor’s Office.

The debate about settlements concerning acts of administrative misconduct returned to the fore after Law No. 13,140/2015 (the ‘Mediation Law’) took effect, as it also authorized settling this type of matter. This could be seen in a movement towards issuing resolutions for regulating administrative misconduct agreements led by the National Council of the Federal Prosecutor’s Office (CNMP) and several State Prosecutors’ Offices, such as CNMP Resolution No. 179/2017.

Although this legal debate may appear to have finished after being expressly provided for in rules and administrative resolutions, there is still an important case pending judgment before the Brazilian Supreme Court (ARE 1175650/PR). The ruling on this case will ultimately determine the possibility of entering into agreements based on the Administrative Improbity Law.

So far, the Federal Prosecutor’s Office (see Guideline No. 10/2020 from the 5th Coordination and Review Chamber) and some State Prosecutors’ Offices (i.e., in Ceará and Pernambuco) have imposed regulations on ANPCs. Guideline No. 10/2020 provides that ANPCs can be executed judicially or extrajudicially. Judicial ANPCs are executed during an administrative improbity suit and must be submitted for judicial approval. Meanwhile, extrajudicial ANPCs can be signed by the parties before an administrative improbity suit is filed, which are then subsequently approved by the 5th Coordination and Review Chamber of the Federal Prosecutor’s Office.

On July 16, 2021, the Attorney General’s Office enacted Ordinance No. 18, defining which factors the public administration must consider when signing ANPCs. Furthermore, it addresses requirements, obligations, confidentiality issues and procedures for these agreements, as well as their compatibility with leniency agreements as per the Anti-Corruption Law.

Despite increasing regulations, various issues concerning ANPCs remain unresolved, thus favoring a need for uniform federal regulation. These include questions concerning the exemption of sanctions, mandatory admission of guilt, suspending the statute of limitations, among others. Some of these issues had been expressly addressed in the Anticrime Bill (Article 17-A), only to then be vetoed.

On one hand, the express provision of ANPCs in the Anticrime Law closes the debate on the possibility of settling administrative misconduct cases, yet there are still challenges to standardize procedures and coordinate authorities’ efforts. Nevertheless, Brazil certainly stands to benefit from developing its culture of negotiation for fighting corruption and misconduct in office.