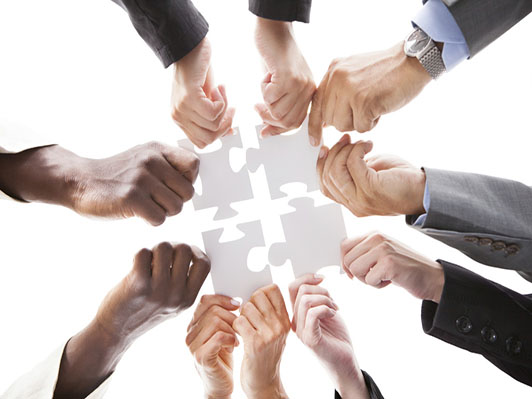 There is broad consensus around what have been the most relevant milestones that prompted or accelerated the evolution of compliance in the United States: The Federal Sentencing Guidelines and subsequent reforms, Enron and similar corporate scandals, and regulations such as Sarbanes-Oxley.

In Latin America, while we can mention some milestones like Operation Car Wash or the admission of some countries to the OECD (which requires adherence to the OECD Anti-Bribery Convention), we can’t really talk about a linear evolution of compliance in the region.

For ethics and compliance standards to evolve anywhere in the world, certain conditions are needed. These include the existence of a robust rule of law, strong and trustworthy institutions, and active and fair enforcement of regulation.

However, given Latin America’s political, economic, and social instability, there are ups and downs in its journey toward better compliance standards. This context presents significant challenges for multinationals with substantial operations or activities in the region.

As has been the case with other geographies, in the long-term, Latin America will likely elevate its ethics and compliance standards. Partly because this is an era of globalized business with international anticorruption cooperation and hyper-transparency. There’s simply no other way. Regulators, investors and, more importantly, civil society are demanding higher standards. But in the meantime, until the region gets there, here are a few actions that companies doing business in Latin America can adopt to mitigate risks while being consistent with their values and policies.

When you talk to regional compliance leaders of US- or Europe-based companies, the most common complaint you hear is that they receive a standard package of E&C training and communication developed by the headquarters to be deployed in Latin America without taking into consideration elements such as the region’s business environment or some key cultural traits, which are addressed below. Although ethical standards are not adaptable, E&C programs are. Moreover, the advice for multinationals is to take the jurisdiction with the highest compliance requirements and make that its global standard. That way companies will be much better positioned to adapt to regulatory change.

2.  Recognize and Work on Cultural Traits

Even though corporate culture can be measured and managed, it’s undeniable that there are external historical, sociological, and even religious factors that help shape the culture of a company’s local office. While there are always exceptions, some geographies are known for having a tendency toward more hierarchical, top-down cultures. Other regions favor more open, flat, and collaborative environments.

In order to build and sustain a global ethical culture, we need to understand the underlying factors that influence it and recognize their effects. In Latin America, for instance, several studies show that there are cultural traits that make it particularly challenging to foster a speak-out culture. In many countries, the recent and sometimes current socio-economic context (for example, authoritarianism, influence of religious institutions, tremendous income inequality, and such) have a profound impact on company culture.

3.  Engage with Stakeholders in Latin America

This is not just about engaging with communities and getting social license to operate. Multinational companies are in an ideal position to engage with local regulators. It is often said that more regulation is painful for companies; however, when doing business in an emerging market, stronger and better regulation can help level the playing field. Whether it is anticorruption or data protection, it’s in a company’s interest to do business in a market with similar regulatory standards to that of where it is headquartered.

There are certain jurisdictions where it may become or already be impossible to do business in a way that is consistent with a company’s values and policies. A company should know what and where are the redlines—the boundaries that should not be crossed. Sometimes the only choices are to leave a market, or not to enter it in the first place. The best advice here is to trust and empower your ethics and compliance team(s). Unfortunately though, a recent study by Hogan Lovells shows that an alarming 90% of compliance leaders feel pressure to proceed with their growth strategy in emerging markets, including Latin America, despite anticorruption concerns.

Latin America is in a curvilinear journey toward best compliance standards. Hopefully, it will be a matter of years and not decades. In the meantime, companies don’t have to compromise their ethical standards to do business in the region. But they need an effective and tailored compliance program to make this successful.