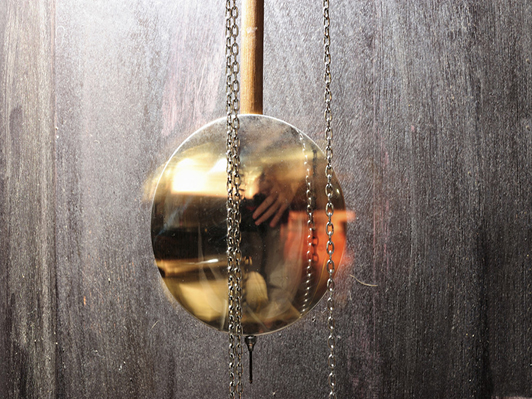 For the last 15 years or so, while working to support the compliance profession, I have done a great deal of travel. When I began spending time on the road my sons were both young, and I found that they had trouble talking on the phone for more than a minute or two, especially when the TV was on.

Someone told me about Skype for video conferencing. It was a technology that I hoped would enable me to compete with cartoons and Dodgers games for my children’s attention.

I downloaded it to my laptop and to the computer the kids used, and I began Skyping them from far off lands. At first my kids were thrilled to see me, the hotel room I was in and the novelty of it all. Then, little boys being little boys, they grew tired of it, other than using the chat feature to type in that I smelled, giggling uproariously as they did.

My wife tried it once and hated it, and I eventually returned to just using Skype for inexpensive international phone calls.

I also tried using Skype with my colleagues at the SCCE & HCCA. I’ve worked remotely for the association ever since joining back in 2008.

They were also chilly on the technology, and we soon reverted back to the phone as well.

Thirteen years later we aren’t using Skype but everyone is video conferencing using Zoom and Teams, not to mention Facetime for family and friends.

One son is taking his college classes that way until in person learning resumes, and my wife is on Zoom calls day and night from our living room.

The bottom line is that sometimes it takes a while for people to appreciate a new technology. And sometimes changes come slowly and then seemingly all at once. Video conferencing via the web is pretty old at this point in technology terms. It’s our acceptance of it that is new.

In the world of anticorruption enforcement, there may be a similar transformation going on right now. Old laws are seeing new activity. The Wall Street Journal Risk & Compliance Journal newsletter (alas not the website), reported on April 14, 2021 that the US Department of Justice is opening up a “steady stream of new investigations into potential cases of foreign bribery.” The article went on to report, “…among the more significant trends in recent years has been the increase in referrals from foreign counterparts…” This according to David Last, an assistant chief of the department’s FCPA unit.

That referral increase is notable because it wasn’t always that way. For a long time the US was largely alone in criminal prosecutions of corporate bribery of foreign government officials.

Under concerted pressure by the OECD, as well as others, many countries passed laws similar to the US Foreign Corrupt Practices Act (FCPA). For a long time the laws were sitting on the books but doing little else.

Now that has changed. A major FCPA case may have settlements with multiple countries.  Mutual Legal Assistance Treaties (MLATS) are more common, with prosecutors around the globe working together.

In sum, we may have moved from the Skype to the Zoom era of FCPA enforcement.

For any organization with FCPA risk the implications are clear: the risk level has risen considerably.

And for all compliance teams there is a warning: just because enforcement in a particular area of law has been sparse historically doesn’t mean it always will be.

Priorities change, either because of a change in political administration, public sentiment or forces that change the existing order, including a pandemic.

When that happens an enforcement tool that was ill used, just like web-based video conferencing, can suddenly become the next hot thing.

It is a good reminder that in compliance it’s best not to spend too much time looking backwards, and to always be alert for changes in how we work and how our risks change.

Now if you’ll excuse me, I’ve got a Zoom call.