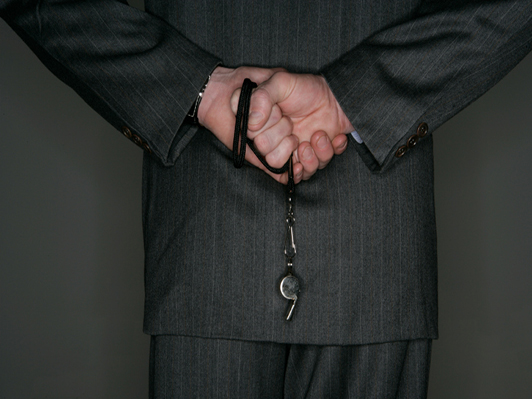 Elisabeth Bik will not be silenced.

While Bik, who has a doctorate in microbiology, has been active in calling out fraudulent research for several years, she gained more attention—and unpleasant backlash—when she raised questions about a March 2020 paper that proclaimed the benefits of hydroxychloroquine (in combination with azithromycin) for COVID-19.

Written by a team of French scientists, the article beget others and began a stampede that led to hydroxychloroquine being embraced by then-President Trump and an emergency use authorization being granted by the Food and Drug Administration—only to be revoked three months later amid findings that not only did the drug not work, but it had serious cardiac and other side effects.

The authors’ response to Bik? As of a talk she gave at an HCCA/SCCE conference in June, tweeting her address and reportedly asking a local prosecutor to investigate her for supposed harassment and extortion—allegations she strongly denies.

“It’s important to know that this is just trying to silence me,” Bik said. “If they attack me and my private life and dox my home address, it means that they don’t have answers to the scientific [questions] that I’m raising.”

But French researchers aren’t Bik’s only target, and she warned attendees that she will similarly hold U.S. investigators and institutions to account as well.

After earning a doctorate from Utrecht University in the Netherlands, Bik spent 15 years at the Stanford University School of Medicine where she researched microbiomes of humans and marine mammals.

The issue of image manipulation—and Bik’s profile—got a boost in June 2016 when she and two co-authors published a paper showing nearly 4% of images they visually screened “contained problematic figures, with at least half exhibiting features suggestive of deliberate manipulation.” The reviewed images were among 20,621 papers published in 40 scientific journals from 1995 to 2014.

Two years ago Bik became a self-employed research integrity consultant and now can say, ruefully, that she has “earned an army of trolls and enemies who are always asking me, ‘Who is paying you?’” (Answer: publishers, universities and others; not pharmaceutical companies.) “I’m as independent as I can possibly be,” she said.

She and others can post comments, anonymously or with their names, on websites such as www.pubpeer.com. Her critiques appear on https://scienceintegritydigest.com.

Papers may contain fabrication, falsification or plagiarism as federal regulations define them, but “there could also be all kinds of errors. The work that we’re doing is not necessarily about finding science fraud. It’s about concerns or problems with papers,” Bik said.

Bik was joined at the session by Mary Inman, a partner with Constantine Cannon LLP who specializes in representing whistleblowers. Inman explained that Bik is the newest development in the evolution of whistleblowers—and she is rising at a time that is more ripe for fraud than ever before.

“What’s interesting is that the typical whistleblower has always been a whistleblower insider,” said Inman. Like others of her stripe, Bik “doesn’t necessarily work at the university, but is able to look at the data at the peer review [stage], journals and other things, and actually be able to detect research fraud from the outside,” Inman said.

The speed with which COVID-19-related research is being funded and reported on, particularly in servers that publish papers prior to peer review, has upped the odds that misconduct and fraud will occur, Inman and Bik agreed.

She disputed the notion that, once published, “a scientific paper is set in stone.” Papers are “still open for questions,” said Bik, whose primary focus is image manipulation and integrity issues.

Bik and others like her need to be on the compliance officer’s radar and, for example, be incorporated in employee training, Inman said.

Actions by Bik signal to “organizations that they need to not only be considering compliance issues and training their folks…to be dealing with transparency and ethics in research, but also that there…can be folks like Dr. Bik from the outside who can expose the issues,” Inman said.

“I have tossed a lot of allegations over the fence and never heard back, and it seems that a lot of these cases are, at least from my point of view, not being investigated,” Bik said. “My advice would be prevention is great but action and addressing these issues is even better.”

Bik and Inman argued that there should be legal safeguards for people like Bik, who, unlike insider whistleblowers, are not protected from retaliation. Companies and institutions often engage in “shoot-the-messenger” tactics to “scrutinize and bully the whistleblower” when confronted with claims “as a way to divert attention” from the wrongdoing, Inman said.

Inman suggested that institutions and compliance officers view whistleblowers sympathetically as “good for [the] bottom line. They are forward indicators of risk. You should see them as a risk management tool, not as someone who is disloyal,” Inman said. Such a view would make a compliance officer more likely to “champion a system that supports” whistleblowers.

She said there has been a “move to raise the profile of compliance officers,” and give them more visibility and authority, which would enable them to “champion those whistleblowers” and view “them as simpatico.” This would improve the “fate of whistleblowers,” Inman said.

Often whistleblowers have gone to their employer with concerns first and then were rebuffed, prompting them to file litigation that later proves costly for the company or university. Experts say organizations would do well to ensure those concerns are taken seriously.

In all instances, “it’s really incumbent on you to take that tip and corroborate it,” Inman said. She added that in her experience, “the overwhelming majority of frauds are ones where there are multiple witnesses” who can support the whistleblower’s allegation.

This story appeared in the July issue of Report on Research Compliance; for more information, see: www.hcca-info.org/rrc