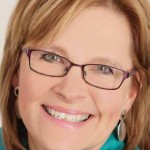 By Shawn DeGroot
From Compliance Today, a publication for HCCA members.

The stock market and bad luck are words associated with a reversal of fortune; however, the phrase is also not endearing to healthcare, specifically when related to reverse false claims. Part of the Affordable Care Act, which has been in effect for nearly three years, is the 60-Day Overpayment Rule. Under the rule, any entity that receives an overpayment from the state or federal government must report the overpayment within 60 days or the organization could face reverse False Claims action. When the rule was published, considerable concern resonated within the Compliance profession about the lack of clarity on when the “clock” begins. The defining terms have yet to be published, but the most problematic area is when the entity had “actual knowledge.” It has become clear that the government doesn’t consider a provider’s decision not to repay, or to repay in increments, or choosing to wait as any form of bad luck.

In Kane v. Continuum Health Partners, the DOJ intervened in an FCA action for a violation of the 60-day rule. The complaint alleges that the hospital system received government payments for claims incorrectly billed to Medicaid and in 2010 received notice of these overpayments by the New York Office of the State Comptroller. An investigation revealed approximately 900 specific overpayments were due, totaling over $1 million, which the hospital system eventually repaid in full, although not within the allotted 60 days. The defendants are alleged to have repaid the claims in “small batches” over two-plus years. The outcome is to be determined. For entities that encounter an internal report of a potential overpayment, this case may serve as an example for a call to action. A sidebar note that may or may not be related to this issue is that often the Compliance Office and/or Revenue Cycle Management are given a slow answer when they need to “pull the plug.” The volatility of the FCA can’t really be compared to the stock market. In the last fiscal year, the federal government recovered a record $5.69 billion under the False Claims Act, and $2.3 billion was generated from health care.

Operationally, the challenging issues for providers—and crucial to the outcome—are possessing the ability to be nimble when an overpayment has been identified, determining when the organization had knowledge, and documenting every step of corrective action. Of paramount importance is the organization’s understanding of knowledge, a pivotal point in time that will impact an investigation involving reverse false claims.