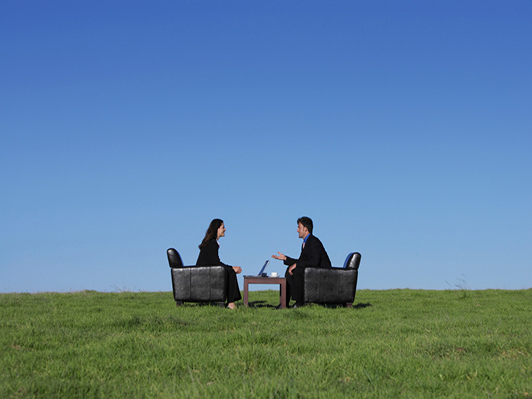 Let me start by disclosing a pretty well-known conflict of interest: I used to work for a service provider. I spent seven and a half years at the compliance training company LRN before joining the SCCE & HCCA back in 2008.

With that out of the way, let’s move onto the subject at hand.

I just had two experiences with compliance vendors that led me to write this. The first was at the HCCA annual Compliance Institute, which just concluded. I listened in on a number of sessions, both those solely with in-house practitioners and those where providers spoke. Each was inspiring and full of great insights, and without both types of sessions the conference would have been much less valuable.

The second occurred when a vendor pointed out a deficiency on the SCCE website that made it appear more US-centric than we would have liked. We are now looking to get the change made (and desperately hoping that it’s as simple as it looks). Without his calling it to our attention on behalf of a client, we might not have ever noticed it.

A lot of people and associations would not have gotten involved with or been as open to these vendors or hired someone like me. I know of one association that for years limited full membership pretty much only to in-house practitioners. So, if you were an experienced member of their profession, even running a big and well-regarded program at a blue chip company, you were out if you left and went to the “other” side. It was nothing personal.  They were an association for in-house practitioners.

Now, imagine if the SCCE & HCCA had done that to Debbie Troklus or Marjorie Doyle, or many of the other people who teach at our Academies and have invested innumerable hours in our certification and other programs?

And yet, there are some who say we should exclude them from our conferences.

I agree, if the vendor is being self-promotional when he or she is supposed to be providing content, not just standing in a booth. Part of my editing of this blog involves telling the occasional vendor/author to tone it down a bit or to provide a link that doesn’t lead to registration page on their website. Usually, they get it right away.

If a supplier gets up at a conference and uses the platform to sell his services he needs to go. And in my time working here I have dealt with that issue, exactly once. Attendees at a conference complained directly to me about the speaker. The feedback forms were pretty scathing, and we told him and the marketing team from the company that this person would not be speaking at our meetings for the foreseeable future. To their credit, when the marketing people saw the feedback forms they were mortified, apologized profusely, and I never received a complaint about a speaker from that company again.

But why do we take the chance on vendors in the first place? Because they have seen what works and doesn’t across dozens, if not hundreds or thousands, of companies. They’ve seen “bad” ideas that work remarkable well and “good” ideas that don’t.

Helpline providers know what to expect from a helpline. Training providers understand training, and investigators know what stones to uncover and which to leave alone. That’s what they do all the time, and we can benefit from tapping into their knowledge.

Vendors are also very good at organizing panels with in-house professionals. They are willing to invest the time to identify the speakers, write the proposal and put the slides together. Many very good in-house compliance people are happy to go along and speak on a panel with their vendor, but would not have the time to organize the whole thing themselves.

Service providers also have visibility into what is going on in the profession and which compliance officers are coming up with some seriously innovative ideas. We never would have found some of the speakers for the upcoming ESG and Compliance Conference and Technology and Compliance Conference were it not for suggestions from vendors we reached out to. And, for the record, the names were suggested by vendors who are not, themselves, on the agenda.

Most importantly “they” are us. As an association we are committed to serving the compliance community as a whole. If you are involved in compliance you are welcome.

And, we all know countless people who have chosen to switch from inhouse to outside prover, and some who have gone from vendor to inhouse practitioner. The knowledge and exposure gained from seeing both perspectives is cumulative, and it brings much more to the conversation.

So, bottom line, you definitely should have a bit of skepticism when you hear a vendor speak about a topic related to a solution they sell. But don’t write them off. They bring more information and value to our profession than they tend to get credit for.