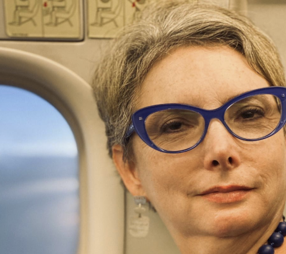 Like many people, the members of my family are spread across the world – in Asia, the Middle East, the United States, Europe and Canada. Regardless of our locations, we are each glued to broadcast, Internet and print media, eager to learn the latest virus-related statistics and the restrictions affecting the cities where we and our loved ones are located. Last night in Singapore, probably the safest city on earth, I was tucked into my ride share on the way home thinking about recent news reports in the United States. The reports described workplace retaliation against doctors, nurses and other healthcare professionals who are speaking publicly about their current workplace challenges. These stories raise concerns about how we, as lawyers and business ethics leaders are going to respond to those who ask why, in this current climate, they should not fear retaliation when they speak up at work.

With the coronavirus pandemic restricting us in unprecedented ways, we find ourselves in an unfamiliar world. Personal freedoms have been curtailed in the name of public health and safety. Shelter-in-place orders have confined most of us to our homes. Most would agree that restrictions on physical movement are justified, but does the situation also justify silencing those who speak out publicly about potentially unsafe working conditions?

In the past week alone, multiple COVID-19 whistleblowers appear to have been punished for speaking up. On Friday, for example, Bloomberg reported that “hospitals are threatening to fire health-care workers who publicize their working conditions during the coronavirus pandemic.” Noting there was already evidence that some hospitals had acted on their threats, Bloomberg reported the story of Ming Lin, a physician in Washington State, who was told the prior week he was being terminated because he had “given an interview to a newspaper about a Facebook post detailing what he believed to be inadequate protective equipment and testing.” After allegedly taking his concerns to his superiors and getting an unsatisfactory response, Dr. Lin made repeated posts on social media calling for greater protections for his hospital colleagues and patients. His termination swiftly ensued.

Bloomberg also reported a similar situation in Chicago, where Regina Haglund, a nurse at Mercy Hospital, was fired after expressing concern that the hospital failed to provide sufficient protection for staff treating patients suffering from the coronavirus. Ms. Haglund reportedly told colleagues in an email that she wanted to wear a mask that was “more protective than the one she was given at her hospital.”

And just this morning, I read a report of two Mississippi physicians who are claiming they were terminated for speaking out about safety measures at the hospitals where they were working during the coronavirus pandemic. According to Mississippi Today, one of the physicians said she used Facebook to organize a local donation drive for masks and baby monitors. There are many similar stories surfacing.

When asked about the situation in Mississippi, Dr. Jennifer Bryan, the Chair of the Mississippi State Medical Association board of trustees, told Mississippi Today, “It is critical to have open lines of communication so that doctors feel comfortable speaking up about safety issues.” Furthermore, she added that the Medical Association “absolutely endorses clear, open and free communication. It’s an essential ingredient to helping us get through this pandemic with the least amount of loss of life….”

We do not have access to a complete record of what happened with Dr. Lin, Nurse Haglund and the physicians in Mississippi. However, many of us routinely encourage employees to report workplace violations and misconduct, with assurances that laws and organizational policies prohibit retaliation. As reports of what appear to be COVID-19 retaliatory actions continue to emerge, should we continue to counsel in the same way?

My view is yes, we should. And here’s why.

These media reports are great opportunities for “real life” discussions with line employees and leadership. Conversations with employees would include the meaning and application of organizational policies about lawful limits on employee use of social media and communications with the press, as well as the benefits to all stakeholders of using internal helplines to report alleged misconduct. Discussions should also include the employee’s’ right to make reports to regulators and the employee’s obligation to cooperate with internal and external investigations.

Likewise, on the management side, this is the right moment to use these cases as a “drill” by applying relevant organizational policies and employment separation procedures to the facts of the cases. A key venue for such a drill, would be an organization’s centralized committee for review of employment separations and discipline. Conversations could include:

The review process provides management with a moment to weigh the benefits and detriments of separating an employee in these high-visibility situations.

For example, even if the employer believes that it has the lawful right to separate because a breach of policies has occurred, managers should not underestimate the negative repercussions, such as potential reputational damage from news reports as well as the impact on employee morale and the “chilling effect” on employee use of helplines. That chilling effect might be mitigated with effective communications, but, in the context of employee separations, such communications might need to be somewhat opaque and limited.

If the employer has a widely-recognized brand name and sells a retail product or service and the media coverage is national (or even global), there are other issues to consider. The employer would also have to calculate potential costs, such as loss of customers, the impact on the stock price and a deterioration of relationships with regulators. Even if the employer is ultimately found to have made lawful decisions to terminate employees, they must be mindful that the initial news reports will have defined the controversy – few consumers of the news will notice subsequent reports that the employer’s actions were lawful and proper.

When we hear stories like those about Dr. Lin, Nurse Haglund and the doctors in Mississippi, we can understand why employees may question our assurances. Many employees might not see much difference between those who speak out publicly about workplace wrongs and those who quietly and anonymously report violations through prescribed channels. But it’s our duty to explain some of the subtle aspects of these cases and use them as “teachable moments” for both leadership and employees.

About the Author: Rosanne Model, JD, MPA, is an international commercial and policy lawyer and Global Head of Ethics. She works and lives in Singapore, Miami and the San Francisco Bay Area. Rosanne is a dual national of the United States and Canada, is fluent in French and conversational in Spanish.