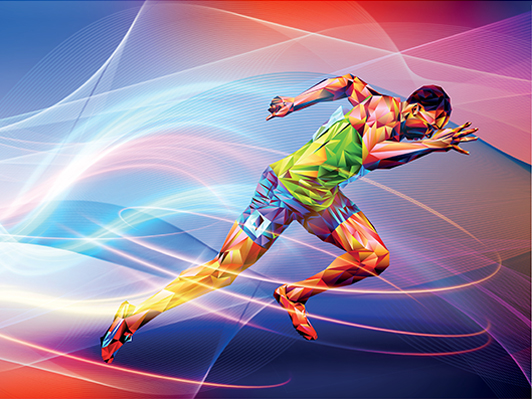 I was struck by a recent SCCE’s blog, When Sports Gets it Right, which featured how Formula One and US Tennis had followed regulations and handed down penalties to Lewis Hamilton and Novak Djokovic for failing to adhere to rules.

Last weekend, I saw a case study in sportsmanship from a competitor’s standpoint. It is a wonderful example of how sports can so often become great metaphors for the kind of leadership we need. It is also an instructive example for building values-based ethics and compliance programs in companies.

Rather than capitalizing on Teagle’s mistake and take third place himself, Méntrida stopped and allowed the Britain to pass and place ahead of him, demonstrating an incredible show of sporting integrity.

There are no rules or regulations that said Méntrida should have handed over his place. Quite the contrary, most athletes would have taken this opportunity to gain advantage and take bronze. This was an example of Méntrida demonstrating his character by living his values. Méntrida chose to do the right thing and lead by integrity, in spite of this action costing him a medal.

LRN’s Founder and Chairman Dov Seidman has similarly noted how the golf pro David Toms disqualified himself at the 2005 British Open tournament.

As Dov has described it, “Toms had a ball that stopped right by the hole; it seemed motionless to everyone, including the referee, and he putted it in and won. That night, however, he had doubts; maybe the ball had been wobbling on the edge of the hole, which would mean he should be disqualified. In all honesty, he wasn’t sure. But the next day, he went to the rules tent to ask the judges about it. They watched the video, and it was inconclusive. The judges told him he could stay in the tournament or leave. They told him it should depend on how he felt about it. He chose to leave.”

Dov interviewed Toms and asked why he disqualified himself, even though he still wasn’t sure whether his putt was illegitimate. “I felt like I’d be getting away with something [if I stayed],” he said, “and I would feel like that regardless of how I did in the future.” He added, “I plan on playing golf for a long time.”

Moral leadership can take many forms, but for anyone looking for an example, especially children wondering what sportsmanship really means, it was alive and well in Spain in the form of Diego Méntrida. Watch the video here.

These stories relate very much to ethics and compliance efforts at companies. Just as David Toms has character, every company has a character, which is the aggregation of how all its people behave.

Compliance practices are designed to set up rules about what people can and can’t do. Instead of just setting rules, a values-based culture inspires people to do what they should do. 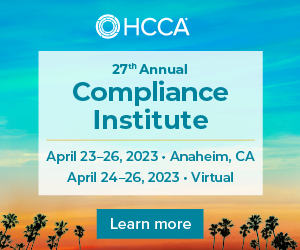