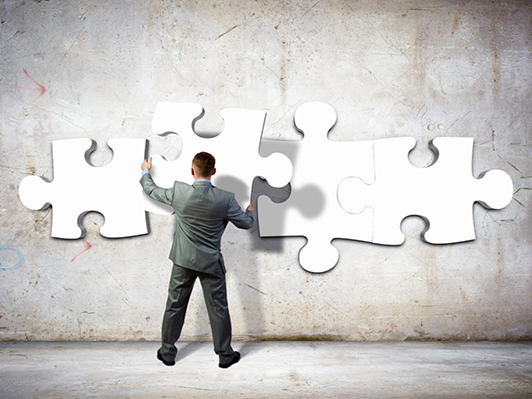 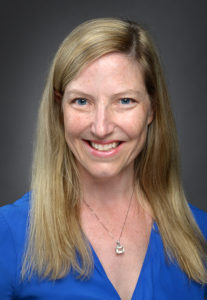 Many of us have now completed several full weeks of physical distancing and cancellations resulting from COVID-19, and we are now aware that we are likely to be self-isolating for many more weeks to come.

I have found myself frequently reflecting on the last time a major emergency event gripped the entire world during my lifetime – September 11th. On that day, I was working for the Conflicts of Interest Board of the City of New York and had already traversed the city on the express train to arrive at the Chambers Street station near my office. I could barely make my way up the stairs, because people had congregated to look up at the unfathomable sight straight in front of us, the World Trade Center Towers on fire.

As I walked onto the street, I noticed people wandering around as if in a daze. Unlike any other day in Manhattan, no one was in a rush. That was, until a man in a suit with a briefcase ran past me and told me that I should get out of the area because a plane hit the World Trade Center. I said, “do you think it is terrorism?” And, he looked back at me incredulously implying the answer was perfectly clear. He said it wasn’t safe to be in the area. I started to run, as much as possible in my heels, alongside the man for a while listening to him recount what he had observed as he evacuated his office in the towers. We eventually slowed down our pace, still maintaining a good distance from federal buildings just in case.

I heard a girl crying on the street, pointing to the building and saying her father was inside; but I remember thinking that first responders would surely rescue him. People brought radios out on to the street; and I heard someone shout, “the Supreme Court blew up” but obviously this was misinformation from people desperate to obtain news about the otherworldly experience we were facing.

I did not own a cell phone to make a call and had to rely purely on my intuition that the most important thing was to get as far away from large buildings as possible. The first man I met peeled off to make his way to Grand Central Terminal to board a train home to the suburbs; and I decided to remain on the west side of the City to get home as quickly as possible. I carried on traveling alone until I was far enough from downtown to call my mom at a pay phone and let her know I was okay. She did not understand what was happening and told me to stop and rest; but when I said I just wanted to get home, she suggested that I find someone to walk with to keep my mind off things.

I found two very nice guys walking past who told me that they also worked at the World Trade Center. We all seemed to have the same sense of urgency to get away from downtown. They made pleasant small talk with me the whole way to Central Park, for which I will always be grateful. The gravity of the situation was sinking in; and the human companionship from strangers during such a complicated moment was invaluable.

When I finally made it back to my apartment building on West 69th street, I sat with a friend on our front stoop watching residents slowly trickling back into the building. We didn’t lose anyone that day, and I was so relieved to see my neighbors and share a moment of community.

My office was closed quite a bit during the first few weeks, and I experienced some of the same feelings of isolation that we are all feeling right now during COVID-19. Soon, a friend and colleague invited me to work as a volunteer attorney at the Family Assistance Center located at Pier 54. I have stated frequently that when I first heard about attorneys volunteering to work on the death certificate program, I thought it would be too emotionally difficult for me. However, as soon as I was asked, I immediately said yes.

In the end, working at the Family Assistance Center was the best thing I could have done to channel my worries and fears about a subsequent attack into helping people who were experiencing the darkest moment of their lives. Together with a small group of attorneys, I met with families who had to prove their loved one was in the building in order to obtain a death certificate. It was wearying work but also one of the most gratifying things I have had the opportunity to do in my career.

It helped me understand the healing power of community service. In the years since I have written and spoken about this period of my life frequently; because it inspired my work in the field of service learning and community engagement.

Now that the days of self-isolation, cancellations, and physical distancing are wearing on, sometimes I feel like those people I saw wandering aimlessly near the subway station on September 11th, unsure of what to do next in the face of so much tragedy and horror. The streets are eerily empty, and there is a palpable fear that has set in throughout the world. Where once we felt invincible, now we once again are all too aware of how fragile our lives are.

Through social media, I know what my friends around the world are experiencing in real time. On September 11th, I had so little information and relied on people coming from the World Trade Center to tell me what was happening so that I could make my decisions. In contrast, I now have so much information bombarding me, it is overwhelming. In the aftermath of September 11th, I was cautious about riding the subway, because we had no idea when another terrorist attack might take place. Now, a trip to Target, a restaurant, or a friend’s house is fraught with danger; because of the potential of exposing ourselves, families, friends, or co-workers to COVID-19.

Social media platforms are the world’s connectors enabling us to take webinars, have virtual business meetings or social meetups. Our young children are partaking in online learning, which was once the province of busy college students. Creativity is being unleashed and we can scarcely imagine the new plays, works of art, scientific discoveries and inventions that this period of simultaneous isolation and connection will engender.

We have been taking daily bike rides through our neighborhood on the nearly empty streets, and the birds are chirping louder than ever as if to let us know they have been here all along just waiting for us to listen. Every neighbor carefully keeps their distance but says “hello” and nods knowingly as if to say we are all in this together.

Is this perhaps the world-wide disruptor that – by pushing us apart – will bring us closer together? Will this global pause be the moment we needed to find the solidarity that we have not experienced in nearly two decades? I remember the later months of 2001 as a beautiful and sacred time communing with friends and strangers in the face of so much sadness and grief; and I remember being so proud to be a New Yorker, able to carry on and show the world that we were not defeated.

But the past few years have seen social discord on the rise; and we have seemed striven apart even as we now have such incredible technological tools to bring us together. Can we draw upon our natural desire to help one another in difficult times to begin to heal the worldwide trauma resulting from this global pandemic?

As ethics and compliance professionals, our role in this moment is to harness the palpable social connectedness we are all feeling right now to enhance trust both among employees in our respective organizations and the individuals that we serve. During a webinar last month on Operationalizing Trust, Matt Kelly of Radical Compliance stated, “organizational trust is in short supply” and cynical attitudes abound. Yet COVID 19 is forcing us to rediscover what he referred to as the “tight bond of trust” that we need in our organizations. We must rely on trust now more than ever to sustain the mantle of our organizations even as we labor at home, and we will need to lean more deeply into our relationships as we enter a major paradigm shift in how we do business and how we govern.

Just as I was called somewhat unwillingly to work on the death certificate program after September 11th, this forced elongated isolation may be the moment that helps us change course and put ourselves and our globe on a healthier path. We are being called by our better angels to come together, so let’s heed the call.