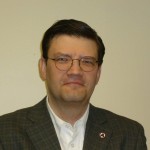 It might be one of the most overlooked elements in business ethics today—the link to spirituality. Don’t think religion. Consider spirituality in a broader context.

Nor does spirituality have anything to do with beating on a drum, howling at the moon, or dancing naked around a fire. It isn’t a new frivolous team-building exercise or the latest management craze.

I’m defining an individual’s spirituality as a secular, objective sense of self, which includes fairness and a connection to something larger than self-interest, complementing mind and body wellness. It encompasses integrity, character, and personal reputation. Spirituality can be moments when time seems suspended like holding your newborn child or experiencing the majesty of autumn in the Northeast.

If you think spirituality isn’t pricking the conscience of senior professionals to pause and think about their collective contributions in a business culture gone astray, consider the growing use of corporate chaplains in Employee Assistance Programs (EAPs) and the increased interest by senior executives to hear from spiritual leaders at meetings.

Sometimes, ethics and compliance policies can be a hindrance to furthering a healthy business culture, if not crafted and applied in a behavioral context. In addition, organizational ethics are not served when there is an over emphasis on trade, industry, or career distinctions. Ethics shouldn’t be rigidly compartmentalized. A greater awareness of personal spirituality has the potential to universalize ethics making complacency and rationalizing bad or amoral behavior less likely.

In 2012, as one example, the Dalai Lama spoke about ethics at the Legatum Institute, a free-market think tank. His audience was a roomful of powerful investment bankers.[i] Based on news reports these high level professionals hung on his every word. He shared thoughts on greed, happiness, and injecting capitalism with the compassion it increasingly seems to lack. They also lined up to have their photo taken with him.

Extrapolating on some of his reported comments, the Dalai Lama connected corporate, economic, and organizational problems with an individual’s spiritual wellness. Individuals, after all, give life to a company and define its values, not papers filed with the secretary of state.

The Dalai Lama addressed individual behavior and personal accountability. He spoke to a sense of self. In theory, you don’t need a policy to be fair and do right by customers or those impacted by marketing strategies.

According to the Dalai Lama, the financial sector’s melt down “was generated by greed itself—by the failure to exercise appropriate moderation and restraint in the blind quest for ever greater profits.”

There is a fundamental question too often overlooked regarding the need for more. What is the source of greed?

People must manage their lives in an unfair, mean world. Hence, material and emotional insecurity fuels greed. More seems subconsciously interchangeable with safety. This speaks to attitude and personal behaviors that can and will shape an ethics and compliance culture.

Why did some of the world’s most powerful investment bankers want to hear from a simple monk about ethics? Of course the Dalai Lama has celebrity status, but there’s much more to it. It’s about wanting a better understanding of self.

With greater perspective about self and separating the social constructs of success, ethics in the workplace and its impact on greater society is brought to a higher level of importance and understanding. Ethics becomes a genuine commitment, not an expectation or requirement of checking boxes for corporate compliance.

Paul Jesep is author of Lost “Sense of Self & the Ethics Crisis: Learn to Live and Work Ethically”. He does consulting on ethics, compliance and is a corporate chaplain. He may be reached at PJesep@gmail.com.