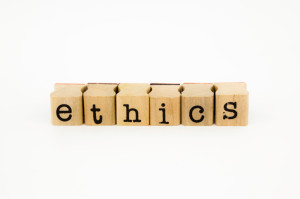 From Victor Lipman contributor to Forbes:

I’m willing to bet the U.S. World Cup soccer team is the most beloved 1-2-1 team of all time.  They won one game out of four – to go with two losses and a draw – but because of the way they played the game they captured America’s hearts and minds.   In that spirit, here are four basic business lessons from the U.S. team.

Perseverance pays – In business, sports, and life.  If there was one defining, endearing characteristic of the U.S. team, it was the ability to persevere against all odds, to play their absolute best when the field looked the bleakest.  Thoroughly outplayed by Ghana, it would have been very easy to give in to a dispirited draw when a late miracle goal by John Brooks gave them their lone win.  Similarly, down 2-0 to in extra time to Belgium, when it would have easy to begin packing their bags for the flight home, they went on the attack and for the last 10 minutes thoroughly dominated a far superior team that was relieved to stagger off with a 2-1 win.  The U.S. team lost the game but won respect. Read more

Other Featured Picks of the Week

Culture: 4 reasons to grab a drink with your employees

I have spent many an evening and late into the night talking through business issues with my colleagues over a beer or two. I have found that these informal social events have had a huge value to my companies and to my personal development. The office environment is often moving just to fast to really hear people properly. Other informal and ad hoc opportunities such as going for coffee and breakfast do work quite well, but I will always have my preference for a nice pub. Below I list some of the benefits from spending some time with your teams in a social setting.

1. Hear what people REALLY think. No matter how much you want to build an open business culture like that at Bridgewater Associates, it is hard. Some people are just not given to opening up and truly speaking their mind freely. I’ve made it part of my routine to seek out dissenting opinions from those I know to be more likely to open up only after some refreshment. By purposely taking some actions based on this feedback you can coach everyone that their opinions are valid and will be considered. If you have concerns that some of the team really don’t care what is going on at the company, or don’t have the same commitment to the cause, a drink or two can help you find that out too.. Read more

Corporate ethics: Why companies should be aware of internal fraud

Ravi Venkatesan of The Economic Times, “Pharma giant GSK illustrates how devastating fraud can be to a company. The Chinese government has accused the company and its executives, including the former head of GSK China, of funneling hundreds of millions of dollars in bribes to doctors and health officials. This has forced GSK to terminate a number of senior executives.

GSK is hardly the only company battling corruption. Last year, Walmart India suspended several executives at its joint venture with Bharti, including its CFO and CEO, as it examined potential violations of US anti-bribery laws. Cadbury India is being investigated for alleged bribery by US authorities. Adidas India terminated and pressed criminal charges against its country manager and other senior executives accusing them of defrauding the company of over $150 million. These are not shabby companies.” Read more

Do your corporate values pass the Mafia test?

From Jim Nortz contributing writer for The Business Journals, “Corporate value statements are in vogue now. Everyone has one and they include just about every superlative the English language can muster: Teamwork, respect, accountability, loyalty, relationships, results, integrity, entrepreneurial, dependable and pride are just a few of the many words that festoon corporate codes of conduct and websites.

These virtues, it is thought, will proclaim to the world what the firm stands for and inspire employees to engage in ethical conduct. The irony is that these same values are embraced by organized crime.

But how you question is critical. Questions can be great for engaging and motivating people , but they can just as easily be used to confront or blame, and can shift the mood from positive to negative. ‘We live in the world our questions create,’ says David Cooperrider, a professor at Case Western Reserve University and a pioneer of ‘Appreciative Inquiry,’ which holds that questions focusing on strengths and using positive language are far more useful to organizations than questions with a negative focus.

So what are some specific questions to avoid? Based on conversations with Cooperrider and several other leadership experts for my recent book, here are five examples of very common questions leaders may ask that can have the unintended effect of leading people in the wrong direction. With simple tweaks, the same questions can be used to engage people, rather than discourage them.” Read more

If you are not yet a subscriber to the weekly business ethics email, click here to sign up for the free news and information delivered to you weekly.