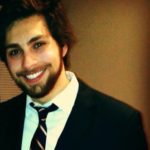 Current U.S labor law clarifies and regulates the rights and duties of workers, their employers, and unions. In the past, workers have fought to protect their social and economic rights, improve safety, prevent child labor, discourage discrimination, and to increase their bargaining power in contracts with employers.

For businesses, general labor laws dictate how many hours an employee can work in a week without receiving overtime pay. These laws help prevent overworking and ensure that workers are receiving adequate and fair compensation. When employees work more than 40 hours per week, labor laws states that employers must pay workers overtime.

For employers, overtime pay is yet another cost. As a result, employers have begun deliberately hiring workers under exempt status, while assigning them the same tasks of a non-exempt worker. This misclassification allows employers to avoid paying overtime while still accomplishing the same tasks and objectives.

Two big household-name companies have recently been accused of employee misclassification. This past June, Amazon hired exempt “managers” who ended up doing menial tasks like non-exempt workers. In 2016, Uber paid $100 million to settle two class action lawsuits in which thousands of drivers were improperly classified. These two cases have helped create awareness for compliance with regards to employee status.

For employers, improperly classifying workers to spend less on wages, payroll taxes, and employee protections is a cost-cutting strategy. Many startups in Silicon Valley have used this unethical tactic by listing employees as independent contractors. For example, by working for Uber, Uber drivers could technically be classified as Uber’s employees. As such, they are entitled to benefits under labor laws. However, by classifying drivers as independent contractors Uber avoids paying for costs such as Social Security, health insurance, paid sick days, gas, car maintenance, and much more.

According to the McClatchy Washington Bureau, there are several steps that can be taken to discourage worker misclassification and encourage compliance. Keeping that in mind, government agencies need to reject certified payrolls from contractors who list workers on their payroll records but fail to withhold taxes. Contractors and workers need to start refusing to work with employers that misclassify worker status to encourage compliance. In the age of technology, agencies can now use data analytics systems and software to monitor employers and detect misclassification.

As more news outlets bring instances of misclassification and the stories of affected workers to light, compliance becomes more relevant. Not only do companies want to avoid charges for noncompliance, but they also do not want to lose customers. In order to ensure that companies comply with labor laws, we as consumers need to boycott companies who are unethical and do not comply. In terms of employee status and classification cutting corners does not work, and those who do not comply will be caught.