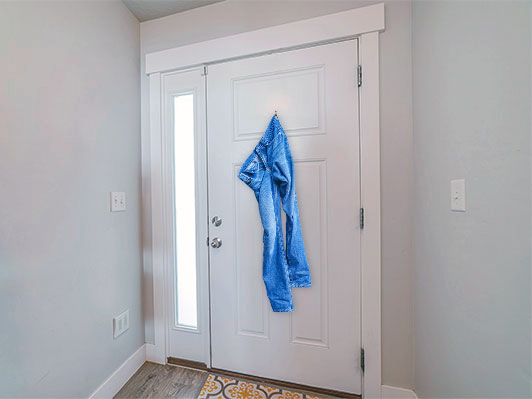 I have dressed very strangely during the pandemic. Every workday I have worn a collared shirt with either jeans or khakis. So, the same clothes I wore before the pandemic.

Part of my crazy clothing choice stems from the fact that I look like the classic pencil-necked geek in t-shirts. Part of it stems from the odd truth that putting on those clothes makes me feel like I’m working, and a lot of it has to do with the fact that I pretty much only have collared shirts, jeans and khakis.

I have suits that I could wear, but even I’m not that weird.

On the other end of the spectrum is the compliance officer I was talking with at the Compliance & Ethics Institute. She revealed that she has a pair of door pants. What are door pants? As she explained, they are pants she keeps by the door in case someone knocks.

It seems that while she is dressed professionally from the waist up, often from the waist down, she doesn’t even go so far as to put on shorts, sweats or yoga pants.  Underwear is enough.

It says a lot about how far we have come, or how far gone we are, that even compliance people don’t necessarily fully dress for work. And it says even more that not only do door pants kind of make sense, but that they have an actual name, as if that’s a standard type of wear: pleated, flat front, boot leg, door. I even envision some major retailer developing a line of them in the future, no doubt constantly getting easier and easier to put on in a jiffy.

As we begin our return to offices, even if for only a day or two a week, it’s important to remember that while our colleagues may want to maintain a sense of propriety in the workplace and be respectful of social convention, they’re not exactly used to it. Many have evolved into other decidedly less-formal practices. Employers need to plan not just for the difficulties employees will have wearing masks; wearing pants may also be a challenge (and let’s not even go to belts and high heels).

It’s likely that this lack of formality we have gotten used to will lead to incidents in the office as people try to navigate their return. Some are going to assume that more casual attire is just fine these days. Others that more casual interactions are just fine, and some may end up bringing bits of their home with them. It may not be door pants, but it may be that blanket they’ve been wrapping themselves in, or the pillow they hug during meetings.

For compliance and HR teams, there will be a need to remind people that this is the office. That the rules for working from home are different. And there may be a temptation for some to lay down the law firmly. But before you do, remember that after a year of working decidedly more casually, we need to give people a reasonable time to adjust to sitting in an office again, and wearing pants while they work.