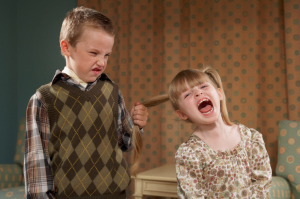 On occasion I get a little grief for being in the compliance profession.  Sometimes it’s misguided because they think compliance professionals make up all the rules and they don’t like rules. But it’s still tiresome.  There is a guy I have known for 29 years.  He is socially awkward.  Every time he sees someone he manages to aggravate that person.  He means well, he just has a bad habit of poking you in the eye every time he sees you.  As a result, he is the former husband of my wife’s dear friend.  Until this weekend I had gone 29 consecutive years not letting his eye poking get to me.

This weekend he made another negative wisecrack about compliance.  I wasn’t in a bad mood I, had just decided I was done with it and I said, “I don’t appreciate that and I don’t want to hear it anymore.”  Afterward, I thought I probably should have said more.  I should have explained to him why I was done with his negative wisecracks.  He is in medical sales.  A few years ago a law was passed outlawing giving physicians money or material gifts to influence their clinical buying decisions.  Bribing doctors became illegal. It was felt that patient care decisions should be based on what was best for the patient, rather than based on the personal financial gain of the physician.

“The real problem isn’t compliance officers and compliance programs.  The real problem is people like you bribed physicians so you can make more money.  Because a few people like you were behaving unethically the government had to impose new, onerous, expensive, and complicated laws… on all of us.  Despite the rule of law… you people continued to bribe doctors.  Then companies like yours paid big fines and suffered horribly bad press.  Then companies like yours had to hire a compliance officer and implement a compliance program to prevent, find, and fix problems because people like you continued to bribe doctors.  Compliance is not the problem; the problem is you people behave badly.”