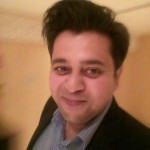 Commentary by Roy Snell
Trust. It is one of the greatest drivers for a company’s success in the global economy. Talib Uz Zaman makes a profound statement about this concept in his article, Businesses Exit Pakistan over Corruption Risk, which first appeared on the Corporate Compliance Trends blog.

The full article is available below.

In a worrying sign for Pakistan’s ability to attract and maintain foreign investment, two prominent manufacturers have announced recently that they are pulling out of the market, citing supply chain concerns including corruption.

“Investors are the backbone of any country. Protection of their interests is an important duty of the market regulators,” noted Shariq Zaidi, Partner Assurance, Ernst & Young Pakistan, in commenting on the need for both government and business to improve the business environment.

Citing corruption issues in its supply chain, the Walt Disney Company pulled approximately $ 200 million worth of yearly textile production from Pakistanand banned it from the list of approved supplier countries, along with other “high-risk” countries such as Bangladesh, Ecuador, Venezuela, and Belarus.Speaking to CNN, Bob Chapek, President of Disney Consumer Products commented, “After much thought and discussion, we felt this was the most responsible way to manage the challenges associated with our supply chain.” The second firm, the Canadian menswear label and retailer Kanati Co., came to a similar decision citing many of the same factors as Disney, although the firm’s co-founder downplayed corruption as a factor in a subsequent interview.

The two firms’ action are a wake-up call, both for those representing multi-nationals’ interests in Pakistan and those Pakistani firms in the multi-nationals’ value chains, according to the Contracting & Procurement Manager at Shell Pakistan, Mehnaz J. Mohajir. “As people who work in companies that are either operating units of multinational companies or suppliers of foreign companies, we should now accept and take immediate actions that improve our working conditions. Among many remedial steps that come to one’s mind, improving our adherence to international standards of ethics and compliance ought to be definitely be on high priority,” said Mohajir. He is also a member of CIPE Pakistan’s Compliance Advisory Committee, which helps guide CIPE’s efforts to improve the country’s culture of anti-corruption compliance.

Corruption, obviously, is a not a new issue in Pakistan but it is one that is increasingly connected to the country’s ability to compete for foreign investment. A Transparency International Pakistan report found that the country lost more than Rs 8,500 billion ($94 billion) due to corruption and bad governance during the last four years of the PPP government, which was ousted in the 2013 elections. A poor law and order situation, tax evasion, energy crises – these are all the things which hamper the business supply chains and, as a result, make companies feel less secure in investing, according to the report.

To put things in perspective, corruption is an issue that plagues Pakistan’s neighbors as well. Saad Khamesani, a member of the Compliance Advisory Committee and Senior Executive of Pakistan Petroleum Limited said, “The corruption highlighted pertains not only to Pakistan. It’s a regional issue that needs to be tackled within and by several countries.”

But, in comparison to its neighbors, the stakes for Pakistan are especially high since 2014, when Pakistan won GSP+ status and tariff-free access for key exports, including textiles, bound for the European Union market. Key to attracting and keeping foreign partners is establishing trust by creating a business environment in which investors have confidence that laws and regulations are complied with, according to Saqib Ashfaq, another member of the Pakistan Compliance Advisory Committee who holds the position of Head of Compliance at Damco Pakistan Private Limited. “Relevant stakeholders should join hands for promoting awareness and winning investor’s confidence and trust,” he said. “To get things on the right path, a good system of education and accountability is required.”